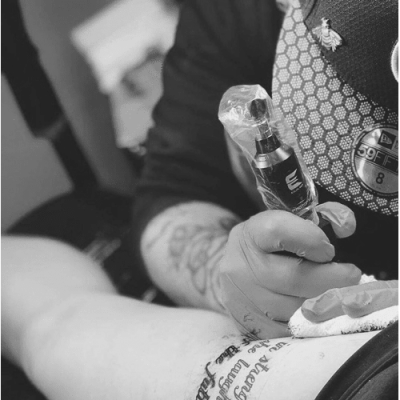 I left Jack Hammer Tattoos around 2010/2011 and went to finish my apprenticeship at Converge Ink in Livermore California until 2012/2013.

I’ve guest spot at shop’s all around Pennsylvania and Competed in Tattoo Conventions all around the east Coast.

What I’m not doing when I’m not tattooing: Skateboarding, surfing, snowboarding, hiking, sea fishing, yaking, or raising hell in Mt. Dale on mini bikes or around Harrisburg

Born and raised in Harrisburg Pennsylvania

Need to Set-Up a Consultation with Chris? Use the Form Below.